“If you get the inside right, the outside will fall into place.” – Eckhart Tolle 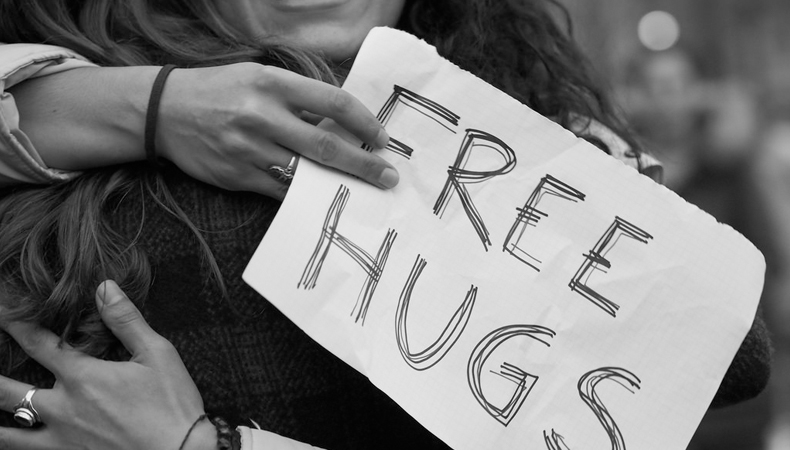 Anyone who has ever been around WorldWorks graduates knows that they hug a lot. Besides expressing love, care and community – what is the benefit of a hug?

According to a “team led by University of Illinois art Urbana-Champaign psychologist Micaeel Kraus tracked physical contact between teammates during NBA games (consider all those chest bumps, high fives, and backslaps). The study revealed that the more on-court touching there was rely in the season, the more successful teams and individuals were by season’s end. The effect of touch was independent of salary or performance, eliminating the possibility that players touch more if they’re more skilled or better compensated. According to the same Pyschology Today article, “Touch predicted performance across all the NBA teams….touch strengthens relationship and is a marker of closeness.”

At the University of Miami School of Medicine’s Touch Research Institute, Tiffany Field’s research has “shown that a person giving a hug gets just as much benefit as a person being hugged.” From a brain perspective, oxytocin levels increase, healing feelings of loneliness, isolation and anger. At the same time, researchers have found that hugging can help you live longer, protecting you against illness, curing depression and stress, as well as strengthen family relationship. You can even sleep better. Helen Colton, author of The Joy of Touching, writes, “Hemoglobin is part of the blood that carries vital supplies of oxygen to all organs of the body – including the heart and the brain. An increase in hemoglobin tones up the whole body, helps prevent diseases and actually hastens a person’a ability to recover from illness. According to Colton, “my 15 years of research have convinced me that regular hugging can actually prolong life by curing harmful depression and stimulate a stronger will to live.”

So enjoy. If you’re around a WorldWorks graduate simply hold up four fingers and they’ll give you a hug. Find out why four fingers when you participate in your Introductory Course.

“Risk! Risk anything! Care no more for the opinions of others, for those voices. Do the hardest thing on earth for you. Act for yourself. Face the truth.” – Katherine Mansfield